Jesus returned to the boat, crossed to the other side, and arrived in His city. 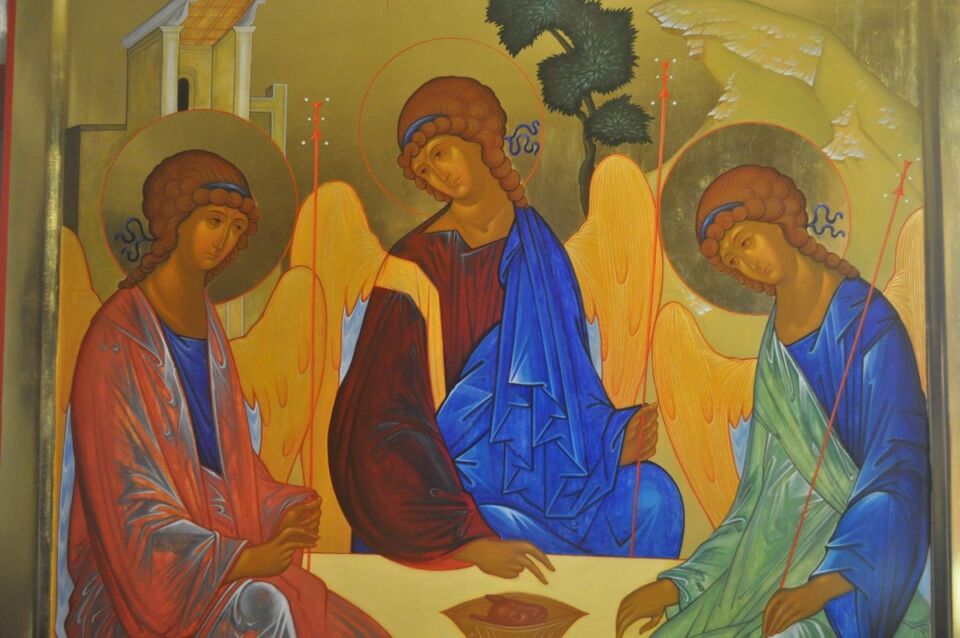 Then the people brought a paralytic to Him on a stretcher. Seeing their faith, Jesus said to the paralytic, “Don’t be afraid, young man. Your sins are forgiven.

At this, some of the scribes said to themselves: “He blasphemes!”

And Jesus, knowing what they were thinking, said to them, “Why do you harbor such evil thoughts in your hearts?

Which is easier to say, ‘Your sins are forgiven,’ or ‘Get up and go’?

But to convince you that the Son of Man has authority on earth to forgive sins,” He turned to the paralytic, “Arise, take up your bed, and go home!”

He got up and went home.

At the sight of this, the people, filled with awe, began to praise God, who had given such authority to men.

The Lord forgives the sins of the paralytic. We should have been glad, but the wicked mind of the learned scribes says: “This man blasphemes” (Matthew 9:3). Even when the miracle of the healing of the paralyzed man followed in confirmation of that comforting truth, which is for us, that “the Son of Man has power on earth to forgive sins” (Matt.9:6) – and then the people praised God, but nothing is said about the scribes, probably because they also wove some wicked questions.

The mind without faith is a trickster; now and then it forges deceitful suspicions and weaves blasphemies against the whole realm of faith. He does not believe in miracles, but demands the most palpable miracle. But when it is given and obliges to obey the faith, he is not ashamed to evade, twisting or misinterpreting the miraculous acts of God.

The same is true of the proofs of the truth of God. Both experimental and mental proofs are presented to him in sufficient number and strength: he covers them also with doubt. Take apart all his presentations, and you will see that all of them are one deceit, although in his language it is called cleverness, so that you involuntarily come to the conclusion that cleverness and deceit are one and the same thing.

In the sphere of faith the apostle says, “We have… We have the mind of Christ” (1 Corinthians 2:16). Whose mind is outside the realm of faith? The evil one. Therefore it is characterized by deceit.

About a heartfelt cry and a silent prayer

Zelensky took on the pro-Russian Orthodox Church in Ukraine