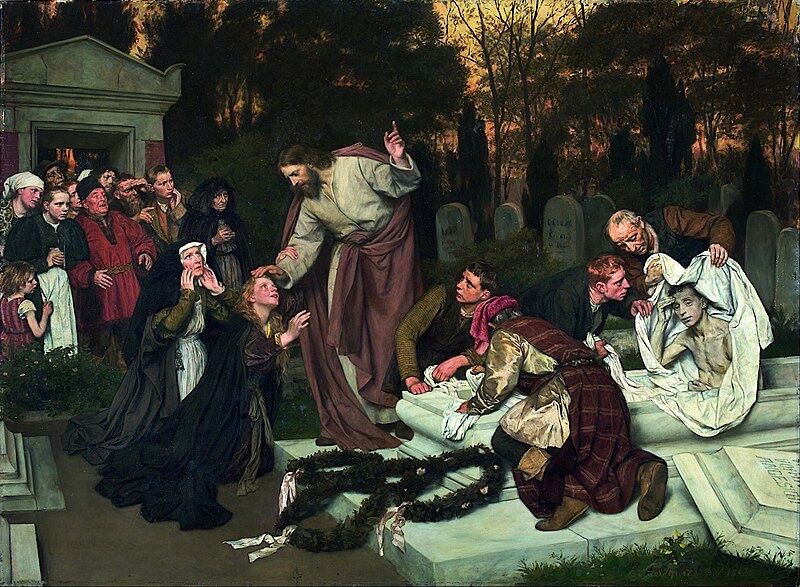 As Jesus was leaving, two blind men followed him. They shouted, “Have mercy on us, Son of David!”

As soon as He entered the house, the blind men approached Him. Jesus asked them: “Do you believe that I can do this?”
“Yes, Lord,” they answered.

Then He touched their eyes and said: “May it be to you according to your faith.”

And their eyes were opened; but Jesus sternly warned them: “See that no one knows about this.”

And they went out and began to tell about Him all over the land.

The two men had no sooner left when they brought the demon-possessed mute man to Jesus.

The demon was cast out, and the mute man spoke. The people were astonished. “They had never seen anything like this in Israel before!” – they said.

But the Pharisees said, “He cast out demons by the power of a demon prince.”

So Jesus went through all the towns and villages, teaching in the synagogues, proclaiming the good news of the kingdom of God, and healing all kinds of sickness and all kinds of disease.

“According to your faith be it done to you” (Matthew 9:29), the Lord said to the two blind men, and immediately their eyes were opened. As much faith as there is a drawing of God’s power.

God is everywhere, surrounds and contains everything, and loves to dwell in human souls; but He enters into them not by force, although He is all-powerful, but as if by invitation, because He does not want to violate the authority given to man over himself or the right of the household within himself.

Whoever opens himself up by faith, God fills him; and whoever closes himself up by unbelief does not enter into him, though he is near. Lord, give us faith, for faith is also your gift. And every one of us should confess, “But I am poor and needy” (Psalm 69:6).

Doubt is the key to life and mental health, and the...

Jesus returned to the boat

22.07.2022
Jesus returned to the boat, crossed to the other side, and arrived in His city. Then the people brought a paralytic to Him on a...
8,560FansLike
16,127FollowersFollow
3,621FollowersFollow
8,450SubscribersSubscribe