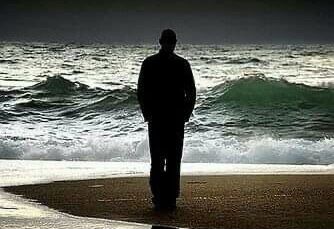 The parable of the rich man and Lazarus shows that those who have lived unwisely will come to their senses, but will no longer have the opportunity to correct their situation.

Their eyes will be opened and they will clearly see how wrong they were. Remembering that there are many blind people like them on the earth, they would like someone to be sent to them from the dead to assure them that it is necessary to live and understand things only according to God’s laws. But even this will be denied to them, for the sake of the fact that God’s laws are for those who want to know the truth, and for those who do not want and do not like the truth, or think that they know it and do not even open the Book of Wisdom, the resurrection of anyone from the dead will be unconvincing.

The feeling of this approaching rich man is probably felt by everyone who goes to the next world. And so, according to their conviction, which will be the conviction of all of us, the only guidance for us on the path of life is the Revelation of the Lord from the Gospel.

But there such a conviction will be too late for many; here it would be better to have it, but not everyone has it. Let us believe, at least, in these testimonies, transferring ourselves to the state of another life. Those who are in torment will not lie; pitying us, they want our eyes to be opened, let us not come to the place of their torment.

We cannot talk about this subject as we often talk about current affairs: “maybe somehow it will pass me by”. No, it will not pass somehow.

Amen and let the divine warmth warm your hearts 🙏

Doubt is the key to life and mental health, and the...